Douglas County has a very extensive network of Concrete roadways which they have been installing since the early 1980s. They have over 252 lane miles of concrete paving in the county. Douglas county takes a very proactive approach to management of this concrete asset. In the past few years they have resurfaced over 1,000,000 SY of Concrete pavement, removed and replaced well over 100,000 SY of failing pavement and resealing all joints.

The Lansing/Oswego project was the 2017 version of this effort. Lansing and Oswego were built in the early 80s and were exhibiting ASR or chloride joint failure. This project was to rebuild these two roads in the Meriden Business Park. Both of these roads have well established landscape in the median and the outside. There were tight space constraints to build these roads. The contract included repairing any damage to the landscape but to limit the damage.

The inlets on the street were also replaced or modified. The inlets which were built in the 80s and did not meet current specifications and had to be redesigned in place to meet current standards without total removal.

Douglas county has had problems with concrete blow ups, CRCC and Douglas County decide to install 4″ expansion joints on sleeper slabs to see if this would alleviate this problem in the future. Douglas County also had CRCC high speed profile all 252 lane miles of their concrete pavement for IRI condition of their system. They plan to do this every year to monitor deterioration over time and plan future concrete asset management.

Douglas County is shining example of how to maintain their system and be good stewards of Tax Payer dollars. The project turned out to be of high quality and ascetically pleasing, and CRCC really enjoyed working with the Douglas County personnel. 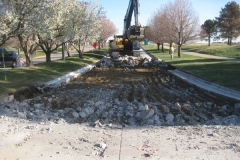 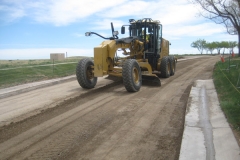 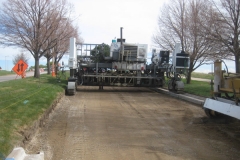 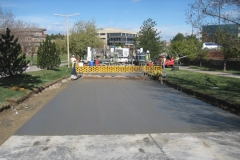 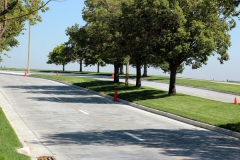 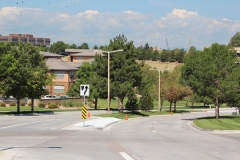 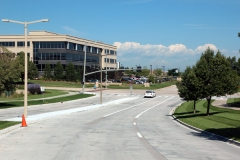