Castle Rock Construction is very proud to be the builders of the smoothest concrete highway in the State of Colorado on State Highway 13 north of Craig.  This project was a 6” concrete overlay that was let as a concrete or asphalt alternate, however in the bid process concrete pavement was determined to be the most economical material. The fact that concrete was the first cost selection without any life cycle cost adjustment confirms that project owners can afford the long-lasting benefits of concrete paving.

In order to mix our own concrete on this job, CRCC mined and processed 47,000 tons of rock and sand.  Our concrete batch plant provided concrete for all 131,000 SY of concrete overlay.  The existing asphalt surface was roto-milled by Western Milling to smooth both the profile and cross slope prior to paving. This milled material was placed as road base for shouldering.

Pilot car traffic control was utilized on the project to facilitate the half width paving approach. This system operated without major incident and only caused minor delays to traffic.

A unique portion of this project was unclassified excavation needed in the ditch and culvert pipes to create better flow and prevent the ditch and neighboring land from flooding.  Once the culverts and ditch were cleaned out we also placed riprap to keep the slopes from eroding in the future.

CRCC and CDOT utilized the Partnering process on the project which served to make decision making and building a beautiful project more enjoyable.

This project serves as proof that concrete pavement can be utilized in overlay scenarios and will be competitive with the asphalt industry both financially and in smoothness.  CRCC appreciates CDOT opening this project to an alternate bid and giving us the opportunity to utilize concrete pavement in this design section where asphalt has historically been chosen. 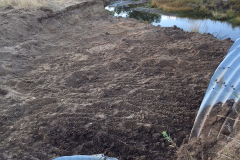 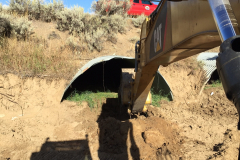 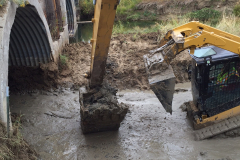 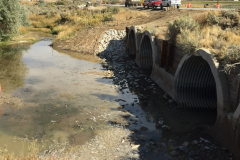 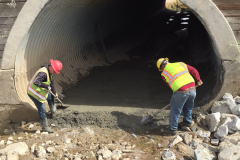 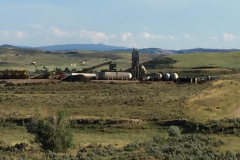 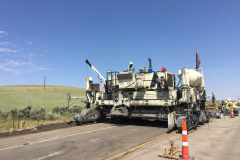 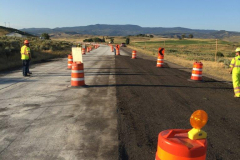 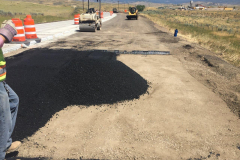 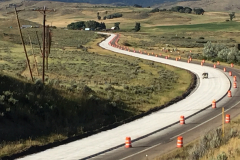 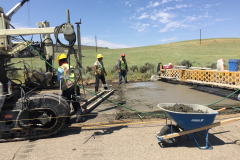 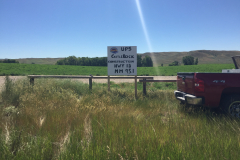