State Highway 45 Rehabilitation Project in Pueblo, CO is a three and a half mile stretch of highly traveled roadway that connects the town of Pueblo West from US 50 to downtown Pueblo. The existing asphalt roadway was severely damaged with transverse cracking and was in need of a full replacement. Multiple concrete contractors, including CRCC, met with CDOT prior to the bid process to discuss the constructability of concrete on SH 45 considering that the existing median curb and gutter sections needed to remain in place for a portion of the project. Adjacent to that curb and gutter the paving needed to be constructed with zero clearance for paver tracks. The industry worked through these concerns with CDOT and the project was bid as a concrete paving job.

The scope of the project included:

38,000 CY of Excavation and mitigation of unsuitable subgrade using Aggregate Base Course

Castle Rock Construction Company is very proud of the relationship that was built with the CDOT personnel on the project.  Dean Sandoval, the Project Engineer for CDOT, said this regarding the work:

“CRCC provided direct oversight of 22 subcontractors, in addition to performing their own contract work, while addressing 14 contract modifications totaling approximately $1.0 million dollars. All contract work and contract modifications were completed within the original contract time and the quality of the completed work is very good. The project has received considerable accolades from CDOT representatives, local agencies and the traveling public. I’m proud to be a part of it.” 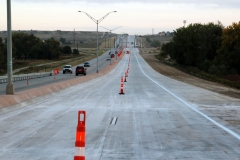 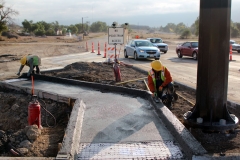 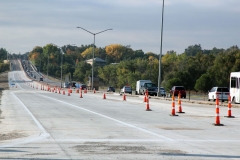 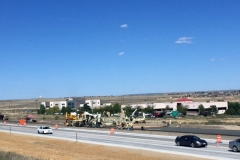 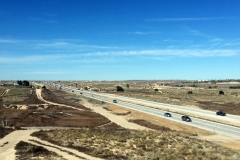