South Broadway is a main corridor to Downtown Denver from the suburbs. Denver has been working on this corridor since the early 90s. Denver chose to make this corridor all concrete, upgrade the utilities, and install streetscape. This corridor has been designated as an arts district and economic development, to try to attract housing and business. This endeavor has been very successful as South Broadway is an economic hub of Denver with condos, apartments, tons of restaurants and bars, all sorts of small businesses, grocery stores, and professional offices.

This project is one of two projects left on this corridor. The section of Broadway that was reconstructed includes the prior location of the Gates Rubber Factory which had several environmental issues and had to be mitigated. Extra care had to be taken on this project to look for signs of potential pollutants, including asbestos. The project is also at one of the busiest RTD stations adding to the traffic with the quantity of buses. This corridor has an Average Daily Traffic of 51,300 vehicles with 4% trucks. This required an extensive traffic control effort with close to 100 customized, submitted and approved Methods of Handling Traffic on a three-block project.

The scope of the project included:

Castle Rock Construction Company is very proud of this project and the relationship that was built with the Denver personnel on the project.  The underground utilities were not able to be installed under the roadway phasing plans, however Castle Rock Construction came up with a plan to accommodate the utilities and the roadway construction. This project was completed ahead of schedule and below budget. This section of South Broadway is now a beautiful corridor with high quality pavement that the residents of Denver can enjoy and utilize for decades. 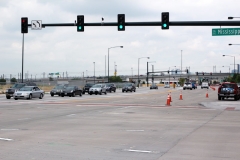 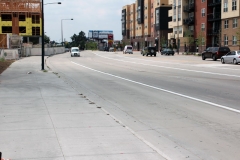 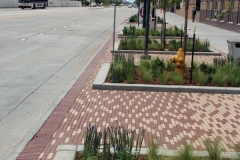 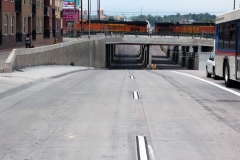 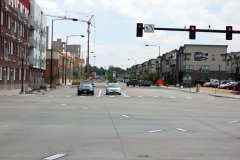 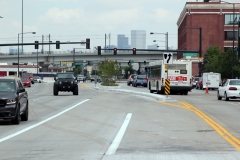 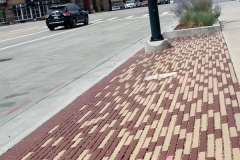 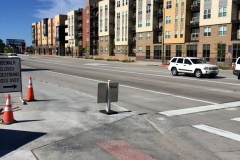 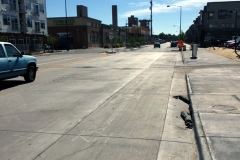